Book review of Command and Control by Eric Schlosser.

The following review appears in the new issue of International Affairs 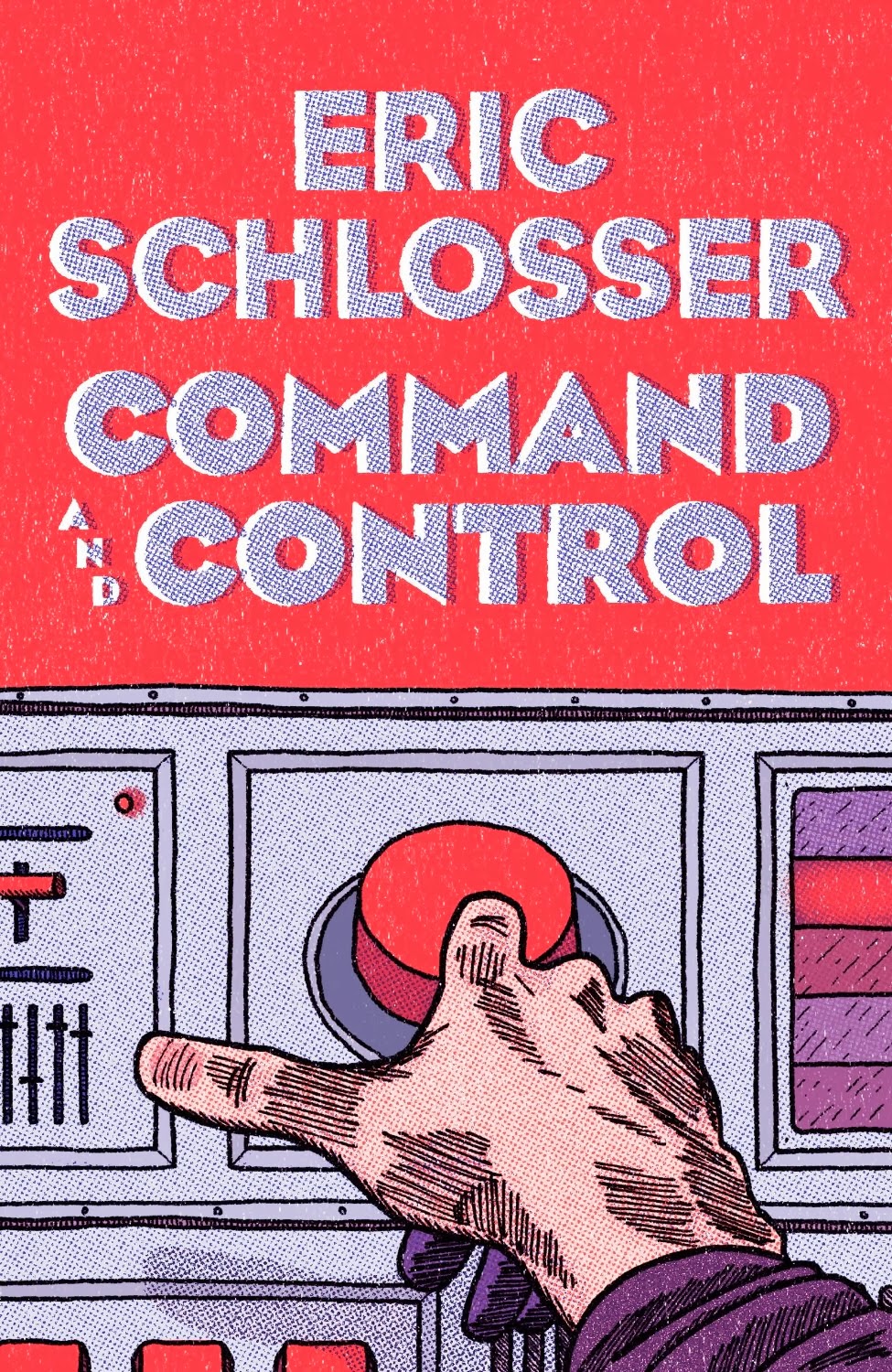 As our most dangerous creation, nuclear weapons should never be out of our minds. But since the end of the Cold War some—at least in the West—have viewed them as somewhat  passé. Yet thousands of these machines remain ready to inflict incredible destruction. The possibility of nuclear war or accidents remains appallingly high, and the link between the two is clearer than ever. With the Cold War passing into history, we can now better appreciate how close humanity came to oblivion because of accidents, misunderstandings and failings in command and control systems. Eric Schlosser has taken this history and brilliantly synthesized it with science, theory, politics, interviews with and insights into the people involved. He shows not only how often we came close to nuclear holocaust, but how this nightmare continues.

Schlosser packs a lot into the book. Foremost is an accident in 1980 at a missile silo near Damascus, Arkansas. Told in a way that rivals any airport thriller, the story brings out the consequences that spiral from a dropped socket puncturing the fuel tank of a Titan II missile with a 9-megaton warhead atop it. Events in Damascus structure the book, with chapters on the Cold War and the situation in the silo developing side by side. As the world approached the climax of the 1980s nuclear arms race, the Damascus missile exploded, killing one man and throwing the warhead several hundred feet from the silo.

Along the way you lose count of the incidents and accidents detailed. The book notes that one US study found that between 1950 and 1968 at least 1,200 nuclear weapons were involved in significant accidents. What shocks is not so much incidents of lost nuclear weapons; or security breaches; or the failure of numerous safety features apart from the most basic switches; or failures of early warning systems; or how nuclear weapons were accidently launched, dropped, smashed, crushed in lifts; or numerous plane crashes where nuclear weapons were subjected to intense fires; or failures in safety systems designed to cope with accidents. What is most shocking is how many of these were hidden from those responsible for the safety of the system. And concerns remain today, for example with regard to the safety of the location of warheads on Trident missiles, including those used by Britain.

Concentrating on individual incidents overlooks the purpose—and title—of the book: the struggle to build and manage a command and control system to manage securely nuclear weapons in war and peace. Those with knowledge of nuclear weapons will find here familiar debates about theories of nuclear war; of struggles to manage the breath-taking insanity of SIOP (the Single Integrated Operational Plan); the always/never dilemma; of how decisions over nuclear weapons have too often been less about safety and reliability than about reputations. References, notes on sources and bibliography stretch over an impressive 122 pages.

The civil−military and interpersonal tensions bring out Schlosser’s journalist skills. He gives some excellent pen-portraits of the men involved. He gives special attention to the men on the ground, the impact on them and their families, and the paltry recognition they receive. This is not just a journalist’s desire for ‘human interest’; understanding these men is essential when coming to terms with why mistakes happen and how the system responds to their individual behaviour. Schlosser has a love−hate relationship with high-ranking men such as Curtis LeMay or Robert McNamara. While he respects their determination to bring strict order and control to nuclear weapon systems, he is never blind to the darker side of what they set out to build and control.

Schlosser’s aim is not policy recommendations, or comparing the United States with other countries. By the time the book turns to other states you are left in little doubt that if the US record is a guide, then an even more terrifying book is yet to be written about what has—and is—happening elsewhere. Schlosser’s aim is more about challenging the unacceptable and frightening negligence that has surrounded the issue in the United States. Inspired by the work of Charles Perrow’s Normal accidents (Basic, 1984)—arguing that accidents are normal in complex systems—Schlosser writes that the way forward is to keep the danger clearly in mind and under scrutiny. Tucked away on page 499, in the final sentences of the ‘notes on sources’, Schlosser sets out his hope: ‘The suppression of the truth has allowed a small and elite group of policy makers to wield tremendous, largely unchecked power. There are few issues more important than what nuclear weapons can do, where they are aimed, why they might be used, and who has the ability to order their use. I hope my book contributes, in some small way, to restoring a semblance of democracy to the command and control of the deadliest, most dangerous machines that mankind has ever invented.’ Amen to that.

EXTRA, added 1 September 2014. If you want a brilliant take on this issue, one which draws on Schlosser's work, then check out this piece by John Oliver from Last Week Tonight: https://www.youtube.com/watch?v=1Y1ya-yF35g&feature=youtu.be
Posted by at 1:50 pm

Published on the DGAP's IP Journal

In our eighth contribution in the PISM/DGAP counterfactuals series, SAIS's Tim Oliver examines what the UK and EU might look like today if the UK’s referendum on Europe had failed nearly 40 years ago.
On June 5, 1975 a Labour government put a choice to the British people: they could either leave the European Economic Community or, as Prime Minister Harold Wilson urged them to do, vote to stay on the new terms his government had negotiated. A 67 percent vote in favor, with a turnout of 65 percent, seemed a solid commitment. European integration has nevertheless remained one of the most divisive issues in British politics, splitting parties and helping topple prime ministers. Relations between the UK and the rest of Europe have been difficult too, typified by opt-outs and vetoes.
It is therefore easy to surmise that both British politics and European integration would have been better off had the British voted to leave in 1975. However, the present “What if….” analysis suggests that both the UK and the EEC would have remained tightly bound to each other, drawn together by the UK’s need for some form of close economic and political relationship and the EEC’s desire to manage its role as the central economic and political organization of Europe. The fact that both would have found this setup difficult offers pointers to what may lie ahead should Britain ever vote to leave.
The Alternative EEC: Decentralized and Liberal
The morning of June 6,1975 was a sombre one for the European Commission. It had viewed a successful enlargement to include the UK as a useful means of counterbalancing France and thus of asserting its own political predominance. Instead, Britain’s exit proved a trigger for the member governments to invest more thoroughly in bilateral relations, with the effect that the EEC’s central institutions remained quite weak. Searching for means of pushing forward with integration, the Commission’s proposed Single European Act thus reflected a careful compromise between north and south.
The proposal would have reduced the common market’s remaining economic barriers but also put in place strong common social rights. In negotiations between governments, however, it was the Anglo-Saxon neoliberal economic agenda then sweeping the US that shaped the result, with West Germany supported by the Netherlands promoting market liberalization. Unsurprisingly, there was resistance, with each of the seven member states taking turns being labelled “the awkward partner.” France’s willingness in particular to object and threaten vetoes was the source of much debate and led to its growing sense of semidetachment.
And yet, soon enough there were grounds for political deepening, this time in the form of another ambitious enlargement project. Despite  “losing the UK,” renewed enlargement was driven powerfully by changes in the Mediterranean. Even the British government, sitting now in the European Free Trade Area and wary of the EEC’s growing market size, supported membership for Greece, Portugal, and Spain, recognizing that economic links alone would be insufficient to support political changes in these countries. This gave the EEC a significant opportunity to build its position as the predominant organization of European politics.
Nevertheless, enlargement triggered bitter budgetary arguments – again mainly involving France – as European funds flowed southward. These tensions reached a new high as the Cold War reached its denouement. The reunification of Germany and the applications for EEC membership from Eastern Europe (strongly backed by a US keen to see the EEC compliment NATO expansion) shifted Europe’s center eastward. In a twist, France now became the member state most eager to talk of a new attempt at British membership, with Paris seeing this as a way to counterbalance the new Germany and an eastward shift of power.
The Alternative Britain: Fragmented and Interventionist
For British politics, the morning of June 6, 1975 was also a somber one. This publicly-imposed U-turn was a humiliation for the government akin to the Suez debacle of 1956. The resignation of Prime Minister Harold Wilson further weakened a Labour Party governing on a slim majority. But it was probably the leadership of the center-right Conservative Party – then the more pro-European of the two main parties – which was most damaged by the outcome. Even if they weren’t in power, many Tories saw the no vote as a personal defeat on an issue they considered central to Britain’s future....

Read the complete piece here: https://ip-journal.dgap.org/en/blog/eye-europe/awkwardly-ever-after
Posted by at 4:15 pm