Speaking on Brexit at GWU next Thursday

Britain’s vote to leave the European Union came as a shock to many in Europe and internationally and raised concerns that Britain is not only heading towards isolating itself from the rest of Europe but is also taking a more populist, inward-looking and mercantilist view towards international relations. Supporters of Brexit counter by arguing that in joining the EU, the UK ‘shackled itself to a corpse’ and that leaving will allow Britain and the EU to develop a more constructive relationship, while also allowing the UK to return to a foreign policy that is more globally orientated, as opposed to European-focused. As Brexit unfolds, the realities for Britain’s approaches to European security, conflict, and development are slowly becoming apparent. In this presentation, Dr. Tim Oliver, a noted writer on Brexit and British foreign policy, will discuss why Brexit happened, where relations between the UK and the EU might now be headed, what Brexit could mean for European security, and whether concerns about Britain’s isolation and decline are justified.

Dr. Tim Oliver is a Dahrendorf Fellow at the London School of Economics’ IDEAS – the LSE’s foreign policy think tank – and a visiting scholar at NYU. He holds degrees from the LSE and the University of Liverpool. His research interests focus on transatlantic relations, European politics, British-European relations, British government and politics, and the UK’s foreign, security, and defence policies. He spent several years as a lecturer at the Royal Military Academy Sandhurst and has also taught at the LSE and UCL. He has worked in the House of Lords, the European Parliament, the Stiftung Wissenschaft und Politik (Berlin), the SAIS Center for Transatlantic Relations, and the RAND Corporation (both in Washington D.C.). His work can be found at www.timothyoliver.com

In the latest issue of the Journal of Liberal History I explore what difference the Liberal Democrats made to the 2010-15 coalition government when it came to Europe. The section also includes pieces by William Wallace and Hannah Bettsworth.

The article is one of several looking at how the party performed in the coalition government. You can read the article and the rest of the issue (subscription required) here: http://www.liberalhistory.org.uk/journal-issues/journal-of-liberal-history-92/

The world after Brexit: From British referendum to global adventure. 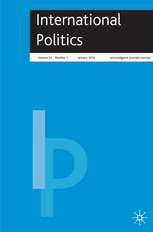 Just published in International Politics: The world after Brexit: From British referendum to global adventure.

The decision by a majority of the British people to leave the European Union was in turn shocking insofar as few experts saw the ‘Leave’ camp winning, unprecedented insofar as no other country has ever tried to leave the European Union before, and deeply upsetting to the rest of the international community who with one notable exception had been banking on the UK staying inside the European Union. Interpreted by various pundits after the event as being either a revolt against globalisation, a rejection of an austerity regime that had left many on that proverbial trash heap of history, or quite simply a nativist rejection of all things foreign, there is little doubt that the consequences of what happened on June 23rd will be both long-lasting and potentially disturbing for the UK in particular and the rest of the world in general. But as this article seeks to show the decision itself, and the determination by the new British government to makes sure that “Brexit means Brexit”, leaves nearly every question unanswered. It is of course perfectly reasonable to think of what has happened – and might happen in the future – as ‘events’. But it is by now becoming perfectly clear that the actual withdrawal of Britain from the EU itself will be less an event and more a process in which all manner of outcomes are possible. Indeed, as this article shows, the process will unfold through multiple overlapping negotiations, which will take place at various levels of policy making and involve numerous political actors. The outcome may possibly be the benign one forecast by the Leave campaign. On the other hand, there are plenty of opportunities for a breakdown in relations in UK politics, between the UK and the EU, and in European geopolitics with international implications. But whether this happens or not depends now on a series of complex negotiations. The purpose here is to discuss these in some detail identifying the main actors, the key issues and possible outcomes.
Posted by at 4:12 pm

Prime Minister Corbyn: And other things that never happened 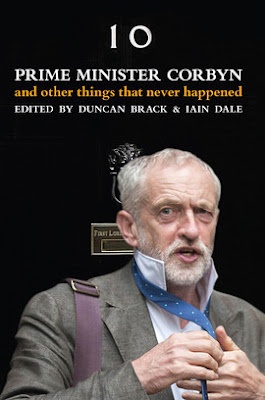 I've a chapter in the counterfactual book 'Prime Minister Corbyn: And other things that never happened.' Edited by Duncan Brack and Iain Dale, published by Biteback.

My chapter imagines what would have happened if in 1975 Britain had voted to leave the then European Economic Community.

You can buy the book here: https://www.bitebackpublishing.com/books/prime-minister-corbyn
Posted by at 8:56 pm

Brexit: the many roads to a crisis?

My latest for the LSE's BrexitVote blog examines the thirteen negotiations and debates now unfolding to deal with Brexit. 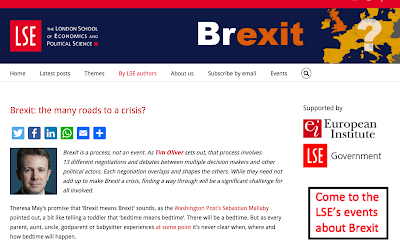 Quoted in a piece by Benjamin Plackett, published to coincide with the PM's first visit to the USA. Read the piece here: http://www.washingtontimes.com/news/2016/sep/19/theresa-may-britain-prime-minister-faces-tough-ear/ 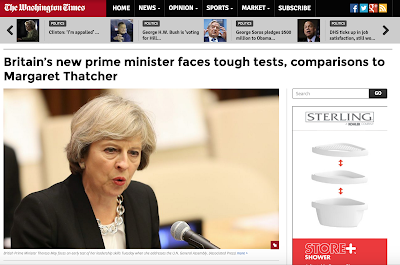 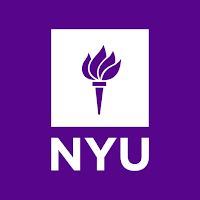 Between now and Christmas I'll be a Visiting Scholar at New York University's Program in International Relations. I'll still be working on Brexit issues but will also be watching the US presidential election.

My profile at NYU can be found here: http://ir.as.nyu.edu/object/TimOliver