It Wouldn't be Christmas Without Bond

Christmas means Bond films, especially in that weird period between Christmas and New Year when we all lose track of what day of the week it is. Here are my seasonal top 5. 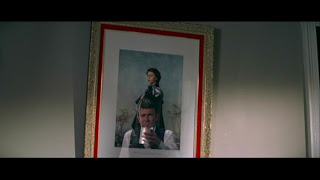 1. OHMSS. Go Lazenby. On Her Majesty's Secret Service stands apart from the rest not just because it's George Lazenby's sole outing as Bond. More important are a plot that works, Diana Rigg, and what will always be the most brutal ending to any Bond film. It's even set around Christmas.

Bunt: [A girl writes on Bond's leg under the table, to which Bond makes an awkward face] Is anything ze matter, Sir Hilary?
Bond: Just a slight stiffness coming on... in the shoulder. 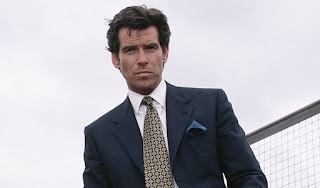 2. Goldeneye. The first Bond I saw at a cinema was Pierce Brosnan in Goldeneye, a film that stylishly brought 007 back to life. As becomes clear as you read through the rest of this list, the plot of 007 stopping a space-based nuke is a tweak on a common enough story. Helping the film to such an elevated status is the N64 game, which remains one of the best computer games I've ever played.

Onatopp: You don't need the gun, commander.
Bond: Well, that depends on your definition of safe sex. 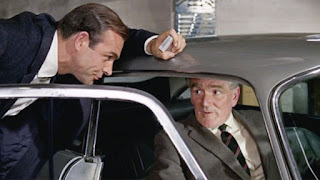 3. Goldfinger. If you can excuse Sean Connery’s Bond wearing a towelling playsuit, then this is a classic Bond film with a nuke, the Aston Martin every man wants to own, and Pussy Galore. 'Do you expect me to talk?' 'NO, Mr Bond. I expect you to die.' But Bond still stops that nuke. 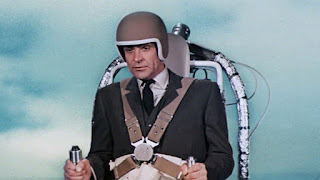 4. Thunderball. This film always makes me think of jetpacks and the RAF’s delta-winged Vulcan bombers. Of course, a Vulcan bomber and its nuclear payload are stolen and used by SPECTRE to try and blackmail the West. And of course, it’s 007 to the rescue.

Bond: Do you mind if my friend sits this one out? She's just dead. 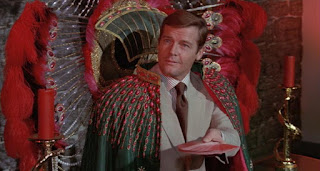 5. Live and Let Die. Roger Moore's first outing as Bond is one of his best and will always be remembered for Baron Samedi, its racial politics, and 007 wearing flared jeans.

Bond: Lovers lesson number two; togetherness 'till death do us part, or thereabouts.
Solitaire: Is there time before we leave for lesson number three?
Bond: Absolutely. There's no sense in going off half-cocked.

As for the rest—

6. Skyfall. Bond blows up his family home and loses M.

7. Casino Royale. 'I've got a little itch down there, would you mind?'

8. The Spy Who Loved Me. The one with the Union Jack parachute opening, the Lotus Esprit that's turns into a submarine, Jaws and lots of stolen nukes in stolen nuclear submarines. It's a bit of a nuke-fest.

9. Moonraker. 007 heads into space and Jaws becomes a good guy.

10. Spectre. Bond blows up MI6 HQ and fights his lost brother (of sorts) in a plot similar to the parody of Austin Powers.

12. You Only Live Twice. 007 destroys a big rocket base hidden inside a Japanese volcano and stops nuclear war.

13. The World is Not Enough. Villain steals some nuclear weapons to blackmail the West via threatening an oil pipeline. 007 to the rescue.

14. The Man with the Golden Gun. Christopher Lee as a $1 million a shot assassin.

15. From Russia With Love. Bond steals a Russian typewriter that can decode messages, probably ones about nuclear weapons.

17. For Your Eyes Only. Bond retrieves a British typewriter lost at sea that can decode nuclear messages.

18. Licence to Kill. Bond quits to become a drug dealer.

19. A View to a Kill. An ageing Roger Moore stops a Nazi-bred experiment from using a nuclear weapon to destroy San Francisco.

20. Diamonds are Forever. Bond enjoys himself in Amsterdam and Vegas in order to stop a weapon that is essentially a glorified diamond necklace in space.

21. Quantum of Solace. Plot? I don't know, but no nukes in this one, although they would have helped.

22. Octopussy. 007 stops a nuclear weapon going off while dressed as a clown.

23. Dr No. 'That's a Smith and Wesson, and you've had your six.' The first film is a classic but I find it tedious.

24. Die Another Day. The one with North Koreans and far too much CGI. 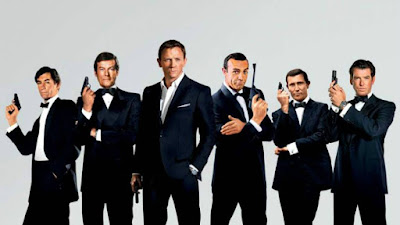 I'll be speaking on Brexit to the LSE's New York alumni group next February. Details here and below. 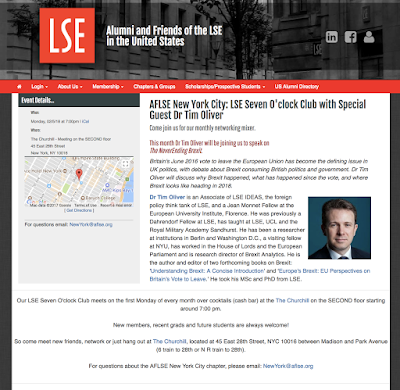 I first compiled this list back in the summer. With the end of 2017 approaching I felt it was a good time to update the list.


Britain’s relations with the EU and the rest of Europe have long fascinated authors. The result has been a wealth of books on the topic, to say nothing of the media and academic journal articles, and reports from think tanks, government, the EU and other European governments, businesses, charities, NGOs, law firms and consultancies.

Britain’s vote to leave has added more choice. As part of a recent book proposal I had to produce a list of books published on UK-EU relations since the referendum, and I thought it would be helpful to publish that list here and try to update it regularly. I focus here on books and not the far too numerous reports or articles.

I list the books here in alphabetical order with no divisions based on quality, background or political slant. If I’ve missed a book then please email me the details via timloliver@gmail.com Also, please take a look at my regularly updated Brexicon: A Dictionary of Brexit, which is also summarised here.

Some of these books are included in my Brexit summer reading guide on the LSE's Brexit Blog.  Note: the following are listed in alphabetical order based on the surname of the first author.
Updated: 29 June 2018.
Posted by at 3:32 pm

Events at SAIS Bologna and with Monash University

Things have been quiet on the blog for the past month because I'm finishing two projects. Two quick updates on speaking engagements from the past week.

Last week I spoke to Chris Hill's course on 'UK foreign policy in the context of Brexit' that he's running at SAIS's Bologna campus. Thanks to Chris and his students for an enjoyable class and an equally enjoyable dinner afterwards. 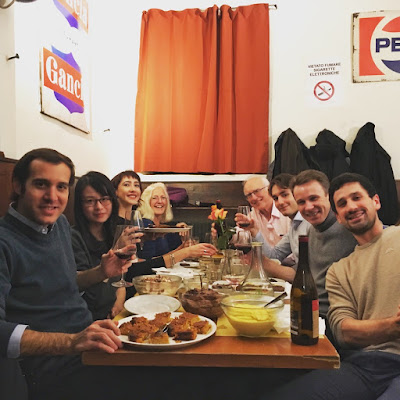 Later in the week I joined a panel at EUI with Anna Triandafyllidou and Paul McDonugh where we spoke to students from Monash University, Australia, about the EU. Thanks to Ben Wellings for setting it up. 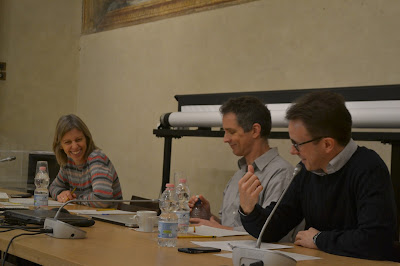