The Dahrendorf Forum ran a survey of its members and experts on Brexit. I was asked to comment on the results, which you can read here: http://www.dahrendorf-forum.eu/brexit_survey_results/ 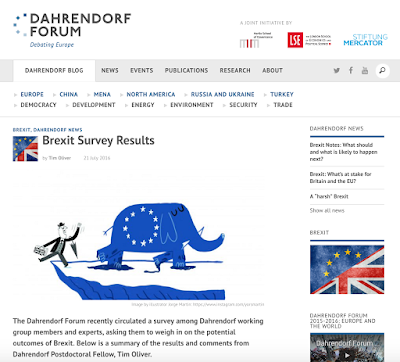 A piece for Newsweek

A piece for Newsweek on the UK's EU referendum.
http://europe.newsweek.com/we-must-not-ignore-rise-english-nationalism-484057?rm=eu 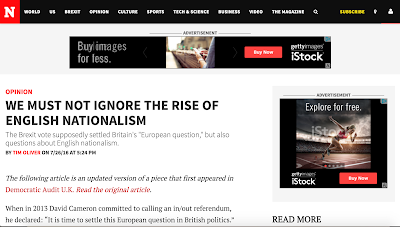 Interview about Brexit with Prva TV, a Serbian News show

Just after referendum I appeared live on Prva TV, a Serbian News programme, where I was interviewed by Ivana Konstantinović. You can see the interview, with Serbian translation, here at 4:30: 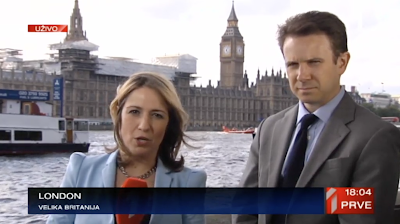 The vote by the British people to leave the European Union has presented the EU with an unprecedented challenge. What happens next remains shrouded in doubt. A series of negotiations – both formal and informal – are now unfolding. A great deal of what happens next will depend on how the other 27 EU member states and the EU’s institutions respond. But what positions might they now take in negotiating Brexit? Between April and June the LSE’s BrexitVote blog ran a series of overviews of the possible negotiating positions from each of the EU’s member states and the EU’s institutions. Compiled by me and written by authors based at universities and research institutions, the overviews set out what positions each country and Brussels might take. The series was summarised in my LSE IDEAS Strategic Update ‘Brexit: what happens next?’
The series ran as follows: