Over the next few months I'm going to return to the topic of the politics of London, both in terms of London's internal politics and those surrounding its place in the UK and the world. This is a topic I've paid increasing attention to and which would have occupied more of my life had the EU referendum been a vote for Remain.

One of my main interests is how to manage London's place in the UK. I'll be publishing more on this soon. In the meantime here's a piece I wrote last year for UCL's Constitution Unit blog on why we need to talk about the London question.

Brexit and NATO: Never the twain shall meet?


A piece for the Dahrendorf Forum, written with James Dennison, about how Brexit might have influenced UK public views of NATO and European defence spending. 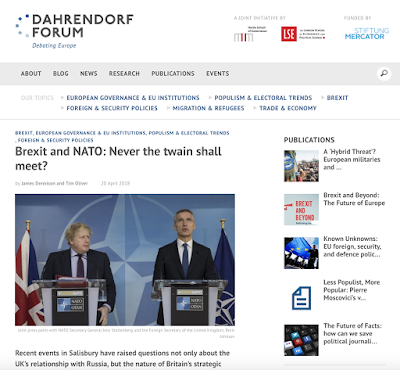 Last week I joined Peter Wilson and Ben Martill to talk Brexit to the LSE alumni chapter in San Francisco. 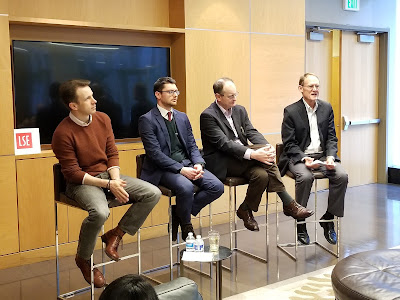 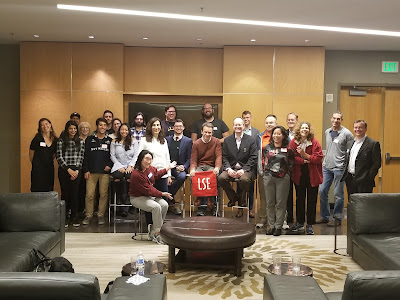 Britain has made numerous mistakes over Brexit, but the European Union's record also needs to be analysed. In this second of a three-part series that appeared on the Clingendael Spectator, I look at some of the ways in which the rest of the EU has misinterpreted Brexit.

The first post in the series can be found here: https://spectator.clingendael.org/nl/publicatie/eus-brexit-mistakes-part-i-misguiding-britain 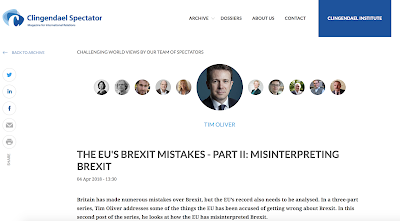