The UK needs a devolved government for London

A piece for Democratic Audit on the place of London in the UK: http://www.democraticaudit.com/?p=19057

London is the UK’s undiscovered country and it is time we recognised it as the UK’s fifth constituent part by granting it the devolved political powers it deserves. As Tim Oliver argues, London’s size, unique population, economy, politics, identity, society, place in the UK, Europe and the world all add up to make it stand apart from any other part of the Union. A devolved government for London would more than any other constitutional change help to rebalance the UK towards a federal union. It would give the metropolis the freedom to develop as it needs and be a big step towards reforming an unsustainable and unhealthily centralised UK and English state. 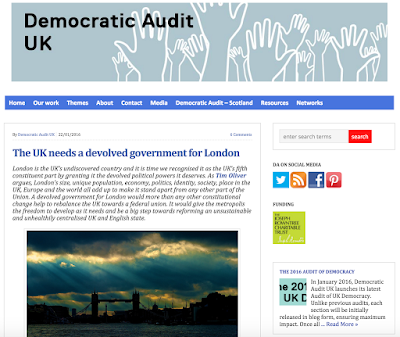 British foreign policy and the EU: European integration has long had a security side to it

Piece below published first by the LSE's International Security Society and then by the LSE's Brexit Vote Blog. 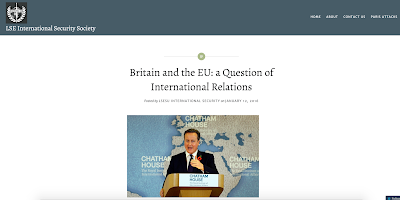 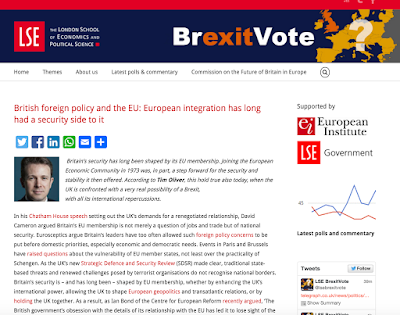 I have a chapter - 'Foreign Policy of Britain' - in the recently launched 'Global Perspectives on Foreign Policy of Major Powers' edited by Dr. Ajit M. Banerjee. Full contents below. Details of the book can be found here. Thanks to Dr Banerjee for putting together such a great book. 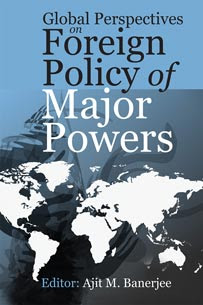 The world has become increasingly armed due to the forces of terrorism, threat of ISIS, and cyber attacks. The strategic issues of foreign policy have emerged as a predominant subject at the nation-state level. The end of Cold War did reduce the threat of  annihilation, yet a few countries are still eager to start an arms race, making the world more dangerous. Major conflicts could break out with devastating consequences.
This is the first book in one volume on foreign policy and diplomacy focusing on a composite set of major powers, contributed by eminent practitioners and scholars to serve as an authentic source for study and reflection, ideally suited for foreign policy analysts, international business, and graduate students.
Individual chapters serve as a roadmap to understanding forces which are moving forward to promote and safeguard their national interest within the international community.  Using a flexible framework, leading specialists discuss the strategies employed by major powers, as well as emerging powers to accommodate the rapid global changes. Each chapter describes a discrete context of foreign policy development and adaption, and collectively they summarise a benchmark of global polices in this changing era.